What I Learned About eLearning Collaboration and Teamwork from Watching Drivers in Cusco, Peru 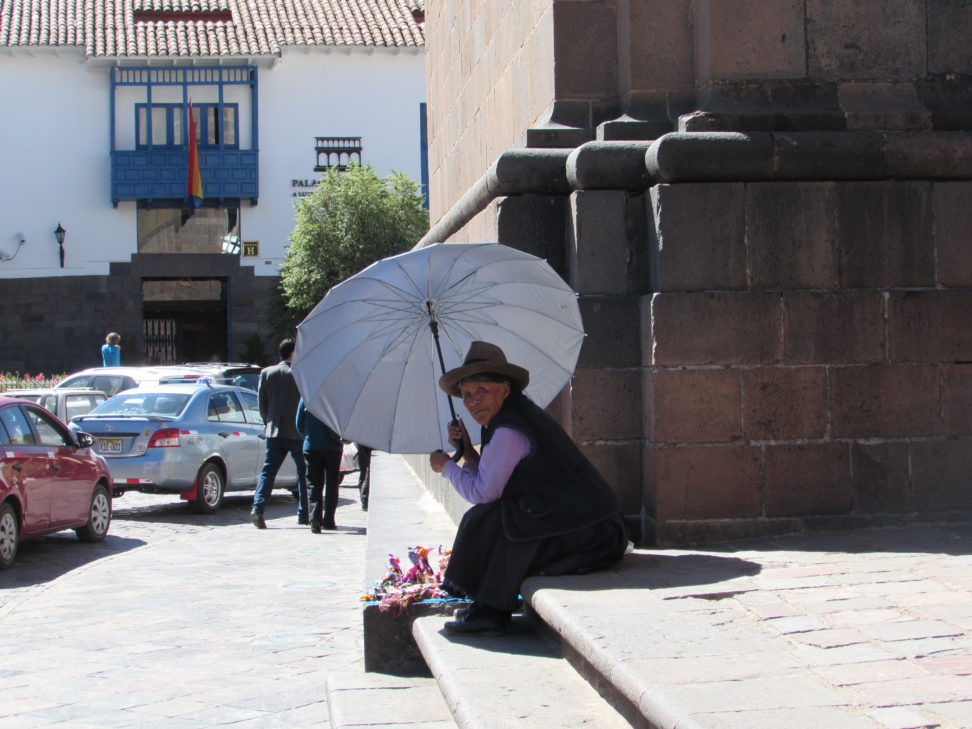 Thankfully, from my recent vacation in Peru, I didn’t have to actually drive anywhere. Most people there seem to rely on public transportation (taxis and buses). But most of the roads in the city are stone/cobblestone and brick, left over from Incan and Spanish settlements from the 1500’s and earlier. In other words, automobile infrastructure was obviously not a consideration back then.

Since the city is built up and there really isn’t room to expand roads without knocking down historical structures, they seem to be stuck dealing with it. And since the roads are laid stonework in most places, they aren’t exactly all painted for traffic lanes or directions, nor are there a lot of street signs or stop lights. This provides for some entertaining sightseeing, but much less so if you’re a passenger.

But it made me think of how training development works sometimes. I’m not an expert with the Agile project management method, but I understand 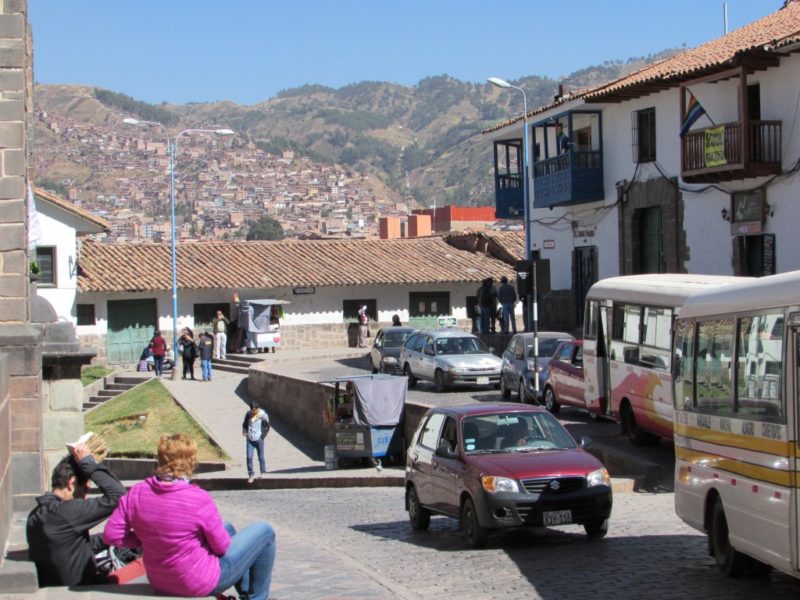 it as working in smaller chunks to move projects along, and in some fashion, somewhat of a “go with the flow” style–less rigid than the traditional approach. I can’t think of a better example of that than how people drive in Cusco (and the surrounding areas I visited).

To the left is an image of the streets in front of the Santo Domingo church (Qurikiancha), part of the Central Historic District (Centro Historico de Cusco). Two lanes, coming from different directions, and merging into a single lane. No big deal, right?

Well, remember there are no signs to indicate a lane merge, nor any lines painted on the street to indicate this. It’s a free-for-all. And to put this mildly: drivers are very aggressive. Forget if you’re a pedestrian (or a dog) trying to cross the street. The drivers won’t stop for you. Now imagine that bravado with other like-minded drivers trying to squeeze into a lane for one car (or a bus).

Here’s another image of the same street, but a wider shot:

Notice that top lane, there are actually 2 lanes formed, with some cars trying to sneak by others. So now we have 3 lanes trying to squeeze into a single lane. No stop lights, No signs. No lanes painted on the road. As those lanes funnel into a single lane to the far right, that single lane squeaks through a narrow alley between historical buildings, and then there’s a lane merge with another lane coming from the opposite direction.

It’s pandamoneum! I watched 2 taxi drivers literally come within an inch of each other’s cars fighting over who was going to go first to merge. It’s an eternal game of pollo–or rather chicken, sorry. Still dusting off my entry level Spanish.

So what’s my point? Well, think of this as a training department, including project managers, technical writers, SMEs, developers, and stakeholders. Each of them are in their own lane, trying to do their part to get things done as quickly as possible. Eventually, they all have to merge into one lane to unify to get the project done (to get where they’re going). But with no signs or lights to guide everyone, each person is off doing their own thing, incognisant or inconsiderate of what anyone else is doing.

If we are producing courses/training/projects in an agile environment, we can’t necessarily change the rules (or lack of rules) or the roads we use to get our work done. We all have tight timelines and limited time in which to get them done. We are all that driver trying to eek out the other drive to get 1 inch ahead so we can grab that space in the line of traffic that isn’t really moving that fast to begin with. We’re all going to same direction, but no one is really working together. It’s hectic and inefficient.

What CAN change is how we interface with each other. Sometimes, it seems as though a proclamation is given at the start of a project to “produce this course” and person A will do this, and person B will do that, etc., and off everyone goes, in a mad rush, honking at each other to get out of the way, not worrying if they are cutting others off or blocking traffic.How do you know that driver next to you isn’t in more of a hurry, and by letting them pass you by a car length, saves everyone a lot more time than fighting with them over a game of inches?

In other words, the only real adaptive part of this scenario are the drivers. Working together can allow for better traffic flow. Sure, it helps to have a police officer (project manager) there to help direct, but one officer can’t cover multiple intersections at once. Sometimes drivers need to self-police to stay in their lanes and help the flow. Wave someone in front of you so they can get to their destination a few minutes earlier. Perhaps you need something from that person ultimately to finish your task, but without communicating and just cutting them off, you’ve actually slowed everyone else down in the project. Sometimes you only need one driver and everyone else should just get out of the way.

We’re all trying to do more with less, but if we all are trying to be that driver willing to lose a side-view mirror off our little Kia taxi just to get one car ahead of the person next to us, well, we might eventually get where we’re going, but we’ll probably be late, be a little dinged up, and our passengers (the learners) won’t have a very good experience. Heck, they may never even want to drive with you again. And then they’ll be stuck walking, dealing with street peddlers selling them artwork, jewelry, hats, scarves, llama keychains, local tours, potato stew, or posing for photos with them and their little lamb for 1 sol, which really turns into 4 soles because you took multiple photos and they make you feel cheap and ask for more….but I digress…

I’ve seen (and am involved in) too many instances where SMEs, technical writers, and stakeholders take different interpretations of what they’re supposed to do and don’t communicate with anyone else. The end result is 3 cars trying to cram into a single lane, with no one waving the other through or cooperating, and in the end, causing more delays and extra work than there should have been. Don’t assume doing someone a favor is helpful if they don’t know you’re doing it. Sometimes less is more. Less people, less traffic.

Just something to chew on…