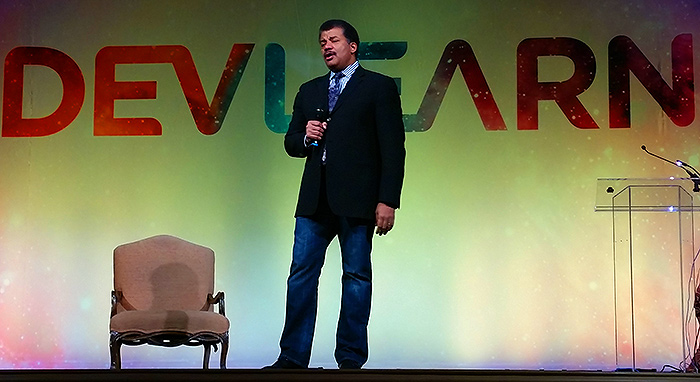 Hayden Planetarium Director and Cosmos host Neil deGrasse Tyson gave the main keynote speech on the Science Literacy and the Future of Work at DevLearn 2014 at the Bellagio in Las Vegas, NV, October 29, 2014. Here is “the learning universe through the lens of an astrophysicist”:

Here’s the eLearning Guild’s David Kelly taking a selfie with Dr. Tyson and 2,500 other photobombers (that’s me in the front row behind Dr. Tyson’s head in the teal shirt!). 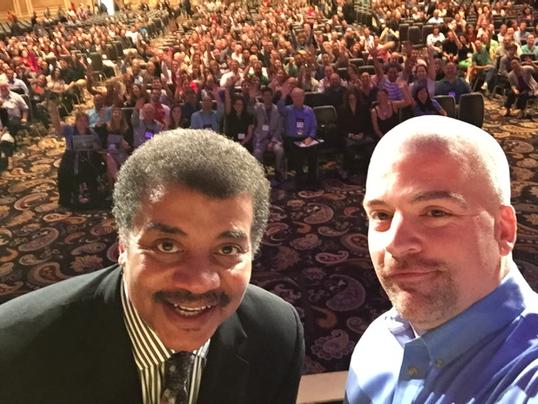